Acquired by GitHub in 2019, Dependabot is a free bot application that checks for dependency updates, creates pull requests and can even merge them for you. It’s one of the more exciting tools to use in a DevOps culture (and something we heavily use at LandTech). I know, I know… what’s so exciting about a glorified dependency bot? For me, beyond the tool itself, it’s largely what it implies to be able to use it to its full potential! 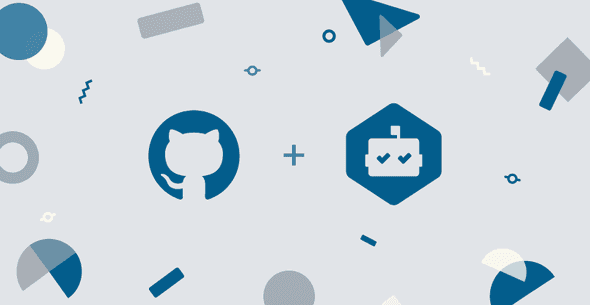 At LandTech we manage thousands of dependencies across all of our codebase. Regularly upgrading such code dependencies is a repetitive and often monotonous task, something that doesn’t give me joy, nor would I imagine does it most engineers. And as part of that it is not something I/we do nearly often enough. I’ve seen endless codebases where dependencies are months or even years behind, long out of support, many major versions behind. More often than not it’s not seen as a problem until something needs to be changed… taking far, far longer than it should as the pain/debt has built up over time. Or arguably even worse, a breach or security incident occurs due to unpatched dependencies.

By having Dependabot track and create pull requests for dependency updates it takes away something engineers have to be mindful of, that eats up part of their mental capacity. It allows codebases to stay up-to-date, securely patched, within support and reduces the feedback time it takes to discover a breaking change (you don’t have to fix the breaking change, but you are aware and have the option to). If embracing the wonderful world of open source software, we should be prepared to keep pace with it or fall by the wayside.

However, merely tracking dependencies and creating pull requests still requires input from engineers to approve them, which can quickly stack up and becomes yet another thing to remember to do.

Enter auto-merging, an advanced feature in Dependabot to automatically merge pull requests given any necessary CI steps have passed. Auto-merging can be something people struggle to agree with… What if my app breaks? What if there’s an outage? I usually ask the same question… What do you need to put in place to give you the confidence that it won’t? Need more tests? Then add more tests. Need dark/canary deploys? Then add better deploy tooling. Need automated rollbacks based off metrics? Then add that too!

It does mean investing time in such improvements (which we do at LandTech), but it is time well spent. You end up with a more robust CI/CD pipeline enabling you to auto-merge code dependency updates. Applications stay up-to-date, in support, secure and easy/fast to change. Engineers can focus more time on things that give them joy, ie learning, innovating, solving problems and delivering value, rather than repeating, joyless, monotonous operational tasks.

We are the engineers behind LandInsight and LandEnhance. We’re helping property professionals build more houses, one line of code at a time. We're based in London, and yes, we're hiring!