Let’s say you’ve just finished prototyping a new web app and you want to pass it onto the team to have a play around with. You don’t have anywhere to host it privately, so you send them the code to run locally.

You soon start getting messages from everyone struggling to get it running. It turns out most don’t have Node.js installed. The code’s also written in Typescript, which you only installed globally so no one can compile it. It also turns out there’s a weird bug preventing the app running on Windows. Ugh!

Using a little bit of Docker terminology, here are the manual steps you’d need to get your app running successfully:

Using Docker you can predefine these steps using 3 core commands to create a Docker Image. 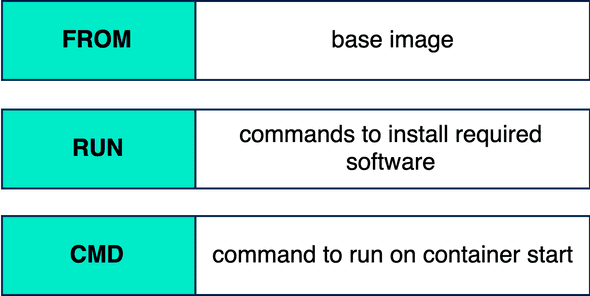 This image allows someone with Docker installed to run a single command and have your app running in a container, regardless of their operating system or what they have installed.

Here are the steps Docker takes to achieve the same result as above:

What is a Container?

A container is an isolated environment that uses a portion of the host machines resources, including CPU, Network and Hard Drive.

It contains only the software defined in the Docker image and has no access to any of the files or software installed on the host, unless you specifically grant it. This means that the container will run consistently across any host machine. 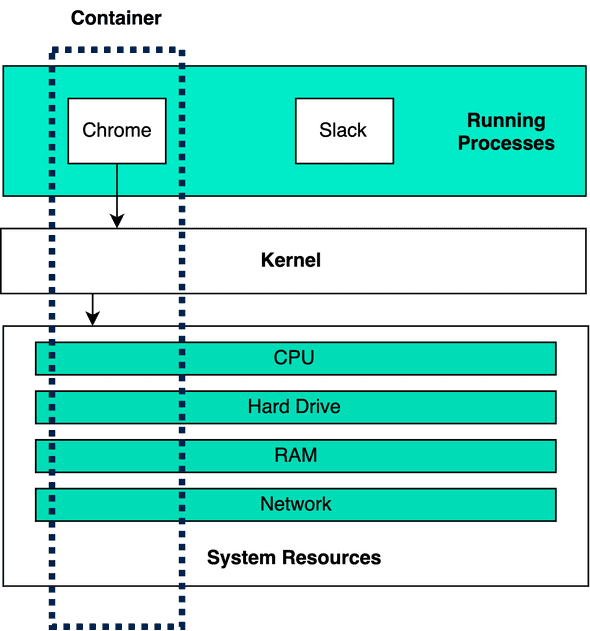 A Docker image is the template from which a container is created. A base Docker image has an empty file system and no startup command. This is where the FROM, RUN and CMD commands come in. 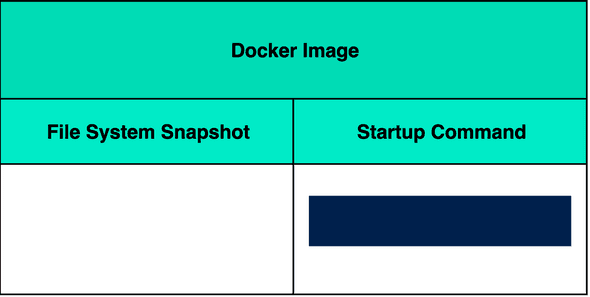 This is where you select a base image. This is commonly a light weight operating system with some pre-installed software. The above example used node:alpine. This is essentially a minimal version of Node.js built on Alpine Linux. This will include base OS directories bin, dev, etc, as well as node giving you the core command line functionality you need.

A quick note: alpine refers to a minimal image with everything but the bare essentials stripped out. For example the alpine linux image is under 4mb, compared to Ubuntu or Debian that are over 100mb!

This is where you setup and additional software you require that does not come with the base image. In the above example this is where we copied across our source code and installed the dependencies and typescript.

Finally you define the command you want to execute when the container is started up. This can be starting up your web application, running your tests or anything else.

The image that would have been created in the flow above would look something like this: 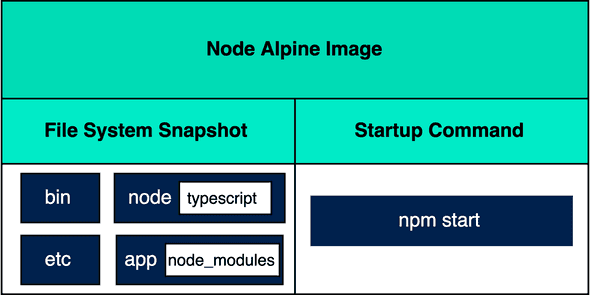 And here’s how the full workflow looks:

So with all the theory out the way, how would you actually go about creating the Docker image? After installing Docker, create a file named Dockerfile in the root of your project.

To build the Docker image run the following in the same directory as the Dockerfile:

This will build the Docker Image with a unique ID. You can now run your app by spinning up a container using the created Docker Image.

As you might rightly think referring to Docker Images by ID can be a pain. It’s not easy to remember a randomly generated hash every time you want to run or stop a container. The solution to this is tagging your images, which are written in the following format:

To build a Docker Image with a tag run the following command in the same directory as your Dockerfile:

The Docker image can now be used to spin up a container by running:

With your image tagged you can now push it up to Docker Hub for others to use:

At this point we’ve gone through the full Docker flow, so lets take a step back and see how it all connects together.

Using Dockerfiles are great for spinning up a single container, but what if we want multiple containers running together? A front-end might not show much unless its connected to a backend and a database.

To illustrate this the following example will show how Docker Compose can be used to build and run a front-end client, a server and a database all in separate containers with their own Docker images.

First lets create a Docker file for the client:

The above Dockerfile is broken up into two stages. The first brings across all the source code, downloads all the dependencies and builds the application. The container now contains nodejs, the project source code and a rather large node_modules directory. None of these bulky files are needed for running a static site.

That’s why the second stage is used to take just the required build from the previous stage and place it into a clean container focused on serving static files on port 80. This produces a much more lightweight Docker Image reading to be used for running a front-end.

Now onto the api, following a similar pattern:

Finally the docker-compose file itself:

So in summary the above file defines three container types, client and api and postgres.

With the file finished the most important commands are:

For the last few years I’ve always spent my time working on front-ends, so I’ve never really had the chance to learn Docker properly. When I’ve needed to run something I’ve either blindly copied what I’ve needed from old faithful Stack Overflow or tried tweaking Dockerfiles from other projects.

As my team are starting to adopt Kubernetes more seriously I quickly found myself lost. After watching a few quick training videos I realised I needed to understand the basics of Docker before I could make any real progress with k8s.

This post has been created from my notes trying to understand the key Docker concepts and commands. Hopefully you’ve found useful if you’re just getting started with Docker too! Below are the most useful commands I used with explanations and a few useful links.