Getting Started with Kubernetes

As a follow up to my Docker post I’ll go over my notes from some recent Kubernetes training. I’ll cover the key concepts and a few useful commands for getting started!

Docker was great for setting up and running a single container and Docker Compose could be used to create and connect a set of different containers. The problem occurs when these containers require maintenance or scaling.

For scaling, new containers would need to be created and added to the cluster via a series of Docker commands. If a container failed it would either need to be fixed or deleted and a new one created in its place.

This is where Kubernetes comes in. It’s a system that manages your containers for you. Some benefits of using it include:

Below you can see how these key components interact: 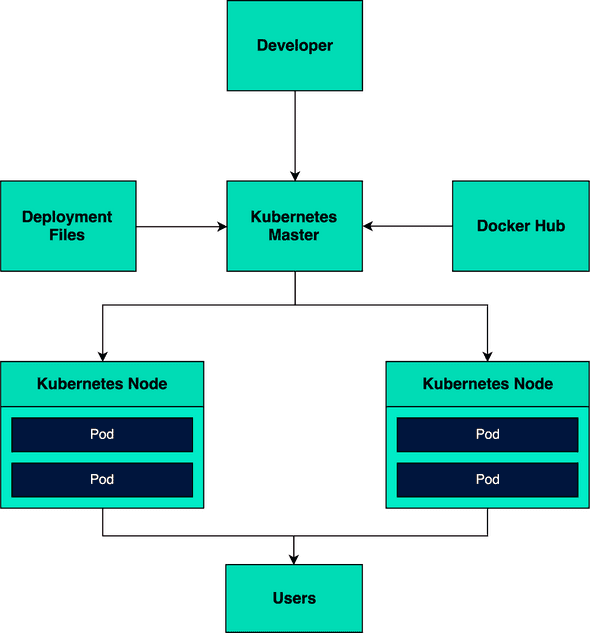 The Kubernetes Master is a collection of three processes that run on a single Node in your cluster. The processes are the kube-controller-manager, kube-scheduler and kube-apiserver. 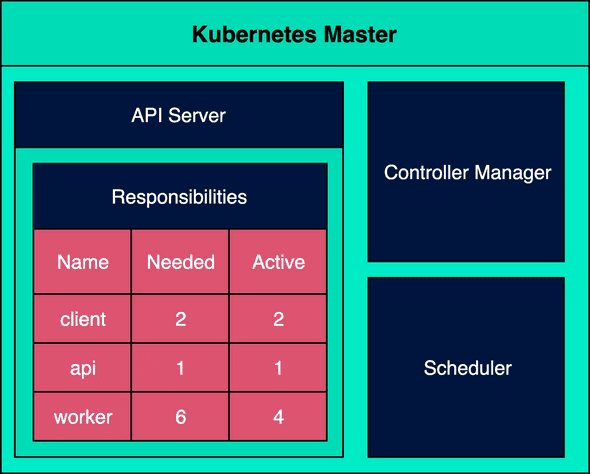 The API Server is given instructions by the scheduler defining what it needs to ensure is running. In this example it is told there needs to be 2 containers running the client Docker image, 1 running the api and 4 running the worker. The active column shows the current state, in this example the API needs to request 2 more worker containers to be created.

If one of the containers was killed, the active value would drop down by 1 and the API Server would contact all Nodes stating that it requires 1 additional container to be created.

A Kubernetes Node is a container for Pods and services to run within. They contain a few key services including:

A Pod is the smallest thing that Kubernetes can deploy. It is a group of one or more containers with a very common purpose that need to be deployed together. In most cases all containers in a Pod will be the same, but tightly coupled containers such as monitoring or logging may also be run within the same Pod.

A Pod contains the required Docker image to spin up the number of containers required. It also has a label and a port that can be used to connect to other Pods or services.

A Deployment is a template for a Pod with a controller that ensures that a given number of Pods are running. The template contains the name and image to use for each Pod and the number of containers to run within them. It also contains the port and label information so the created Pods can access other components.

Deployments make managing Pods much easier. Rather than having to manually define each one, you write a single definition then pass the number you want to run. This value can easily be increased later on if required.

A Service is an abstract way to expose an application running on a set of Pods as a network service.

Kubernetes gives Pods their own IP addresses and DNS name and manages the load-balancing across them. If a Pod goes down Kubernetes will automatically create another one, likely with a newly assigned IP address. This means you can’t access your running application via the IP address of a Pod as it is most likely going to change. 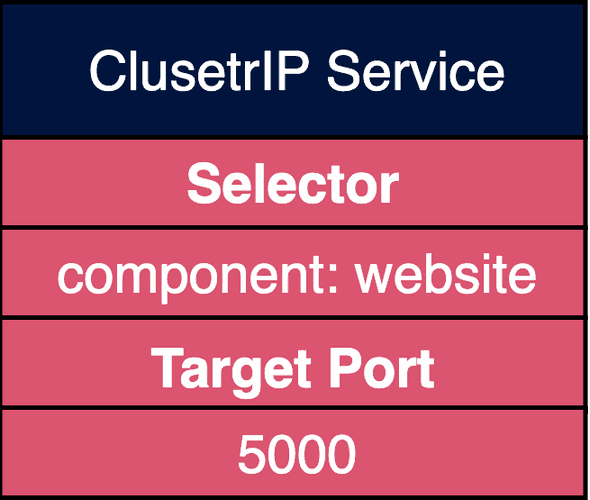 This is where Services come in. Services set up networking in a Kubernetes cluster and have a number of different types for different situations:

There are two ways to deploy to Kubernetes:

‘Do exactly these steps to arrive at this container setup’

Imperative deployments are executed via a series of kubectl commands. These can be saved into a script or run manually.

‘Our container setup should look like this, make it happen’

Declarative deployments are executed via deployment files and are described in more detail below.

A Kubernetes deployment (or configuration) file is used to create ‘Objects’. Object types include (but are not limited to) Pods, Services, ReplicaControllers and Stateful Sets. These object types are usually deployed with two files: 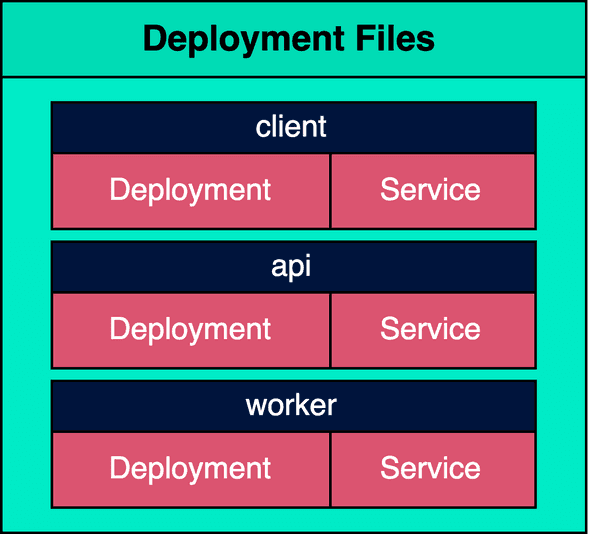 Here is what a deployment config file looks like for creating a Deployment:

An example ClusterIP service would look like the following:

Now that all the individual Kubernetes objects have been covered in more detail, let’s take a look at how it all looks together! 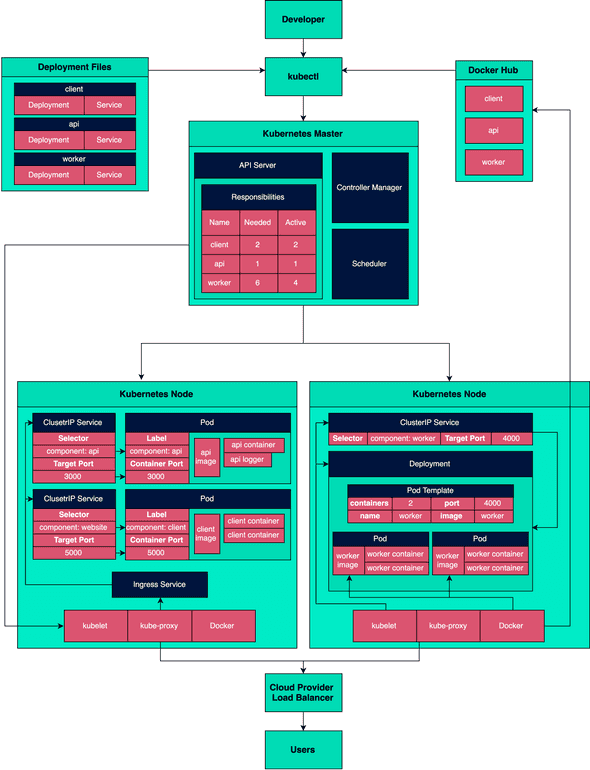 This is not a complete diagram, but shows a few key points: